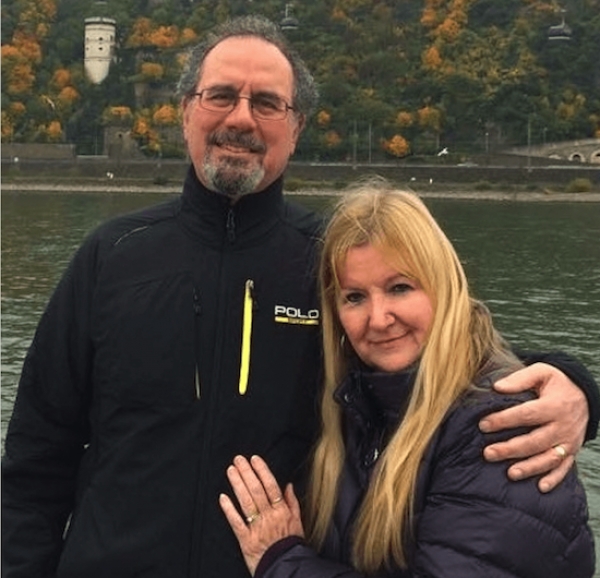 Robert Rosenthal, MD, affectionately called “Dr. Bob” by many in the A Course in Miracles community, made his transition from bodily life on March 20, 2022. He was a long time Board of Directors member for the Foundation for Inner Peace (FIP), the first publishers of A Course in Miracles (ACIM). He had served as Co-President of the FIP along with Tamara Morgan since 2016 when Judy Skutch-Whitson stepped down from that position.

He was the author of three A Course in Miracles based books: Never Mind to Ever Mind (2019), Loving One to One Love (2020), and the recently published From Fear to Eternity (2022). Probably his most popular book was the earlier, From Plagues to Miracles (2012) which, while not directly about ACIM, works with many ACIM principles.

Dr. Bob was born on September 1, 1955 in Boston MA. I am told that at the age of 5 years old he already knew that he wanted to be a doctor. While attending Yale University as an undergraduate majoring in English literature, his roommate was Jon Cohen, Judy Skutch-Whitson’s son and Tamara Morgan’s (formerly Cohen’s) brother. Robert quickly became good friends of Judy’s family and spent a considerable amount of time at Judy’s apartment talking about metaphysical materials, especially the Seth material. This was in Judy’s pre-Course days when she and husband Bob were running the Foundation for Parasensory Investigation, which would later become the FIP.

Robert was close to the Skutch family when they first got involved with A Course in Miracles and he considered Dr. William Thetford (one of the two *Course* “scribes”) a friend and a mentor. Dr. Bob once told me that he learned ACIM first and foremost from William Thetford. Dr. Bob had been a student of ACIM since before the books were first published in 1976. After graduating Yale in 1977, Robert went on to Hahnemann Medical College (now named Drexel University College of Medicine) to continue to pursue his goal of becoming a medical doctor. Dr. Thetford was a consistent guiding force for young Robert and encouraged Dr. Bob to continue in medical school at a time when Robert was having some doubts. Was being a medical doctor truly consistent with the ACIM teaching? Dr. Bob did continue on and eventually received his MD degree from Hahnemann.

In 1991, during a stint of time while living in California, Dr. Bob met his second wife Emmanuelle and they married in 1993. They eventually moved back to the East Coast where Dr. Bob set up his psychiatry practice. While being a full medical doctor, Dr. Bob was not content just being a prescriber and monitor of psychiatric medications (the way many modern psychiatrists are) and he always was involved with psychological counseling with his patients as well. With wife Emmanuelle, Dr. Bob has two young adult children, daughter Sophia now 27 and son Avery now 24.

In 2017 when Robert Perry and the Circle of Atonement published a new version of A Course in Miracles named The Complete and Annotated Edition, Dr. Bob thoroughly reviewed it on Amazon and noted many good points about the book. This review was later fully published by the CMC in its publication Miracles Monthly, May 2017 issue (Vol.31,No.3) and is currently on the CMC web site. (Click here to read the review: Amazing Scholarship - For Experienced, Committed Students.) The fact that a prominent FIP person would acknowledge and say good things about another ACIM edition might have seemed “impossible” just a few years before.

I was also honored that Dr. Bob chose to comment on my presentation at the 2016 Las Vegas, Conference “Change Your Mind, Change the World” at which I did an unexpected strip to my “skivvies.” He had watched the YouTube video. While some had chosen to attack me for that presentation (we lost Supporting Members and Board Members) Dr. Bob’s feedback was gratefully very positive. From his article which appeared in Miracles Monthly Aug. 2017 (Vol.31, No.6) “A Psychiatrist’s Thoughts on the 2016 Finale” he shared this, “As for what you shared, there is such stigma about mental illness and the meds used to treat it that I am always delighted when someone steps bravely forward and ‘outs’ his or her bouts with it. So on that count, I applaud you.” Thank you Dr. Bob. (Click here to read the full article: A Psychiatrist's Thoughts on the 2016 Finale)

After Dr. Bob assumed the FIP Co-Presidency he did a continuing series of discussions and on-line webinar events under the banner of “Let’s Discuss A Course in Miracles” that were available through the FIP. Prior to these, the FIP had not engaged in such ACIM community outreach, teaching, and sharing. These are currently available through the FIP web site and serve as a lasting testament to Dr. Bob’s important contribution to the ACIM community discussion.

I only had one extended alone time with Dr. Bob, and that was in July 2017, when I met with him for a drink and discussion at a San Francisco airport hotel that he was checked into before a morning flight. He was on his way to Utah to participate in an event organized by ACIM teacher David Hoffmeister. I was bringing him flyers and other publicity to share with attendees in order to promote the upcoming San Francisco Conference. He was: friendly, open, familiar, loving, warm – and an all round “good guy.” I am grateful for this time. We shared drinks and laughs. It was lovely.

So … the best to Dr. Bob on this new leg of his soul journey. While here on earth he brought much to and participated fully in the ACIM community. He helped bring the Foundation for Inner Peace into the new millennia. He was a loving husband for wife Emmanuelle (pictured with him above), a caring father for children Sophia and Avery, and an inspiring business partner for FIP Co-President Tamara Morgan. Dr. Bob – “Good job. Well done!”