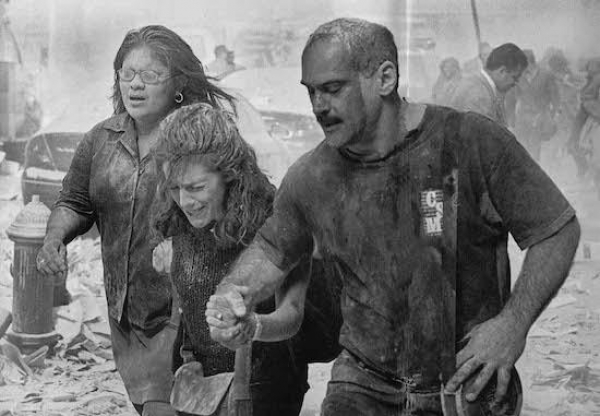 This week we will have the 20 year anniversary of 9/11. There is an entire new generation that grew up after 9/11 now. They grew up in the shadow of it, in the climate of fear that was manifested after it. Remember the terror threat levels continually broadcast at airports? It was always orange (high) or yellow (caution). It never was green (safe). Just what I wanted, projections of fear every time I was getting ready to fly. I just got back from flying across the country and back. Now we are all masked and shielded. Everyone you look at brings reminders of the fear most people live in constantly.

We ACIM students bring a different message, but can we live the fearless message we are learning? "The only thing that is required for a healing is a lack of fear. The fearful are not healed and cannot heal." (OrEd.Tx.27.45) How are you living fearlessly today? That is the same as asking how are you a miracle worker today?

Unless you have been in media isolation (actually probably a good place to be) you know that Afghanistan is now back in the hands of the Taliban. What was that all for? $2,261,000,000,000 (2.261 trillion) was spent on the war in Afghanistan. We could have ended world hunger for that. Without world hunger there would be no political extremists, no “terrorists”, no hijacked planes.

For those ACIM purists who will think this missive too worldly focused please remember that ACIM tells us that we must look at the suffering if we are going to heal it. The suffering of the world is our suffering. The world is not separate from us. The world is us. "Look about the world, and see the suffering there. Is not your heart willing to bring your weary brothers rest?" (OrEd.WkBk.191.12)

More in this category: « The Importance of Opening to Wellness Inside and Out Let Me Assure You One More Time »
back to top